WHAT IS PUBLIC HEALTH NURSING?

Emmet County Board of Health

Members are appointed by the Board of Supervisors, and their function is to establish policy, promulgate and enforce rules and regulations to enable the Department of Health to control those factors which could be a hazard to the public’s health.

The following services are provided in the home:

Fees for services vary according to the service provided.

Medicaid and private insurance pay for some services. Arrangements are made for payment of other services.

Some services are provided at no charge.

Who can use the Healthy Beginnings Program?

Call our office at 712-362-2460 to speak with a nurse about how you can enroll into the Healthy Beginnings Program! 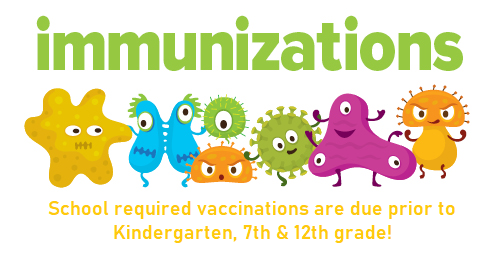 Lead testing for children 1-5 is available by appointment only – please call 712-362-2490 to see if you your child is eligible for testing.

The Iowa Department of Public Health (IDPH) leads efforts in Iowa to prevent lead poisoning in children below the age of 6 through the Childhood Lead Poisoning Prevention Program (CLPPP). For futher information on CLPPP, please click the link provided below:

Who should be tested for STDs?

For more information, including recommended temperatures for other meats and seafood, visit foodsafety.gov.

Most people (70-80%) who become infected with West Nile virus do not develop any symptoms.

About 1 in 5 people who are infected with WNV will develop a fever along with other symptoms such as:

Most people with this type of WNV disease recover completely, however,  fatigue and weakness can last for weeks or months.

Less than 1% of people who are infected with WNV will develop a serious neurologic illness, such as encephalitis or meningitis (inflammation of the brain or surrounding tissues). The symptoms of neurologic illness may include:

Serious illness can occur in people of any age. However, people over 60 years of age are at the greatest risk for severe disease. People with certain medical conditions, such as cancer, diabetes, hypertension, kidney disease, and people who have received organ transplants, are also at greater risk for serious illness. Recovery from severe disease may take several weeks or months. Some of the neurologic effects may be permanent. About 10 percent of people who develop neurologic infection due to West Nile virus will die.

West Nile virus (WNV) is a mosquito-borne virus that has been documented in Europe, the Middle East, Africa, India, parts of Asia, Australia, and the Americas.  The virus was first identified in the West Nile district of Uganda in 1937.  It was first reported in the United States in 1999, when 62 cases and seven deaths from West Nile virus infection were reported in the New York City area.  Since 1999, West Nile virus has spread across the continental United States.  The first documented virus in Iowa was identified in a dead crow in the eastern part of the state in September 2001.  Human cases have been reported every year since 2002 in Iowa.

Cryptosporidium is found in the feces of infected people and animals can contaminate soil, food, water, or surfaces. An individual becomes infected with the Cryptosporidium parasite by accidentally swallowing contaminated food or water or having contact with other contaminated objects. We know that Cryptosporidium may be transmitted through swimming pools and lakes when swimmers swallow contaminated water. Within households and day care facilities we know that Cryptosporidiosis is easily spread person-to-person. For example, in a household setting a family member with diarrhea who uses the toilet and does not wash his or her hands, can contaminate food or surfaces that will then spread the germ to other family members. In a typical day care setting, diapering, shared toys, lots of hand-to-mouth contact and poor hygiene allows transmission of the germ between children. Hand washing is the most effective means of preventing Cryptosporidium transmission. Wash hands regularly, especially after using the bathroom and before preparing food.

The symptoms of cryptosporidiosis include diarrhea, loose or watery stools, stomach cramps, upset stomach, and a slight fever. For many people, symptoms can be mild. Symptoms generally occur within 2 to 12 days of infection. They last about two weeks, but may go in cycles of getting better then worse before the illness ends. Many have a brief recurrence of symptoms after the initial round of symptoms has resolved. People may excrete the parasite for up to two weeks after diarrhea has stopped. The infection may be very severe in people with impaired immune systems. Persons with persistent symptoms above should consult their health provider if they are ill and need clinical advice for managing their illness.

Once introduced into a community, Cryptosporidium can be spread for months if the public is not vigilant about the key hygiene measures needed to stop the spread of the germ. Therefore, public health interventions have focused on measures known to help control the spread of the disease.

Preventing the Spread from one person to the next:

Voluntarily isolate yourself from others while you are ill:

For more information, individuals may call the Emmet County Health Department at 712-362-2490 or click the “email” button below.

The main way that illnesses like colds and flu are spread is from person to person in respiratory droplets of coughs and sneezes. This is called “droplet spread.”

Stop the Spread of Germs

In a nutshell: take care to

Alcohol Based Hand Wipes and Gel Sanitizers Work Too!

Bats are beneficial to Iowans because they eat insects, including many farm pests. One bat can eat up to 2,000 insects per night! Unfortunately, many populations of bats have been destroyed and many species are now endangered.

The prevalence of rabies in bats is very low. However, most of the recent rabies cases in the United States have been caused by bat-associated rabies viruses, thus any bat should be considered a risk for rabies. Bat should be prevented from entering homes and everyone should avoid touching bats. Information on how to peacefully coexist with bats by “bat proofing” homes can be found through Bat Conservation International at www.batcon.org/.

If a sleeping person, a non-verbal child, or a mentally incapacitated person is found alone with a bat in the same room the bat should be tested for rabies. The exposed person may need to be treated with post exposure anti-rabies treatments if the bat can not be tested, or if rabies test results are positive.

If you have any questions or have a possible bat bite please call your physician.

For more information on rabies and post exposure treatment, see: 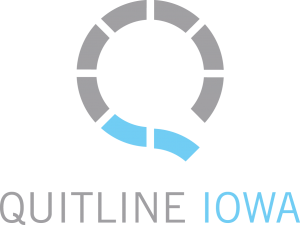 Emmet County Emergency Preparedness Task Force is looking for Volunteers for Emmet County in the event of an Emergency. Likely areas where volunteers would be used:

If you can say “I CAN HELP” please register as an Emmet County Emergency Response volunteer.

Avian influenza (AI) is caused by an influenza type A virus which can infect poultry (such as chickens, turkeys, pheasants, quail, domestic ducks, geese, and guinea fowl) and wild birds (especially waterfowl).

AI viruses are further classified by their pathogenicity—the ability of a particular virus strain to produce disease in domestic chickens.

The designation of HPAI versus LPAI has no correlation to whether the virus causes illness in humans. According to the U.S. Centers for Disease Control and Prevention, these avian influenza detections do not present an immediate public health concern. No human cases of these avian influenza viruses have been detected in the United States. As a reminder, the proper handling and cooking of poultry and eggs to an internal temperature of 165 ˚F kills bacteria and viruses.

Biosecurity is the key to keeping our nation’s poultry healthy. USDA’s Defend the Flock education program offers free tools and resources to help everyone who works with or handles poultry follow proper biosecurity practices. These practices will help keep your birds healthy and reduce the risk of avian influenza and other infectious diseases. Biosecurity is everyone’s job. Become a Flock Defender today and help us protect all flocks! You can find more information on biosecurity and how you can make a difference by clicking this link – https://www.aphis.usda.gov/aphis/ourfocus/animalhealth/animal-disease-information/avian/defend-the-flock-program

We use cookies on our website to give you the most relevant experience by remembering your preferences and repeat visits. By clicking “Accept All”, you consent to the use of ALL the cookies. However, you may visit "Cookie Settings" to provide a controlled consent.
Cookie SettingsAccept All
Manage consent

This website uses cookies to improve your experience while you navigate through the website. Out of these, the cookies that are categorized as necessary are stored on your browser as they are essential for the working of basic functionalities of the website. We also use third-party cookies that help us analyze and understand how you use this website. These cookies will be stored in your browser only with your consent. You also have the option to opt-out of these cookies. But opting out of some of these cookies may affect your browsing experience.
Necessary Always Enabled
Necessary cookies are absolutely essential for the website to function properly. These cookies ensure basic functionalities and security features of the website, anonymously.
Functional
Functional cookies help to perform certain functionalities like sharing the content of the website on social media platforms, collect feedbacks, and other third-party features.
Performance
Performance cookies are used to understand and analyze the key performance indexes of the website which helps in delivering a better user experience for the visitors.
Analytics
Analytical cookies are used to understand how visitors interact with the website. These cookies help provide information on metrics the number of visitors, bounce rate, traffic source, etc.
Advertisement
Advertisement cookies are used to provide visitors with relevant ads and marketing campaigns. These cookies track visitors across websites and collect information to provide customized ads.
Others
Other uncategorized cookies are those that are being analyzed and have not been classified into a category as yet.
SAVE & ACCEPT